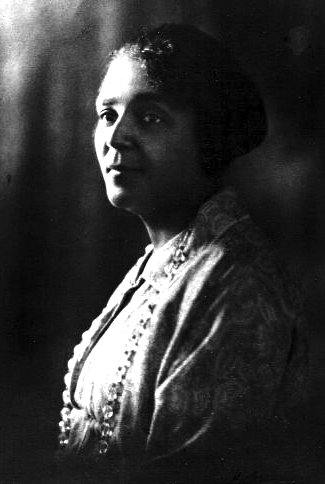 By 1878, as the Reconstruction period was ending in South Carolina, the Ku Klux Klan, and white supremacist “Rifle Clubs” were gathering forces. Amid an escalating climate of violence, Frances Rollin Whipper took Winifred, Ionia, and Leigh to Washington, D.C.  The family established a home on 6th Street NW, and Whipper saw the children through early education and graduation from Howard University.   Ionia, after teaching for ten years in the Washington, D.C. public school system, entered Howard Medical School, one of the few schools in the country to accept women.

In 1903, Ionia graduated from Howard University Medical School with a major in Obstetrics, one of four women in her class.  That year, she became a resident physician at Tuskegee Institute, Alabama, and on her return to Washington, D.C, set up private practice at 511 Florida Avenue NW, where she accepted only women patients.

In 1921, Dr. Whipper began a tour through the South as an assistant medical officer for the Children’s Bureau of the U.S. Department of Labor. Her mission was to instruct midwives in childbirth procedures.  She described in her diary the less than ideal circumstances she encountered there, including prejudice from whites, and suspicion from blacks.

After her tour Dr. Whipper returned to private practice in Washington where she joined the Maternity Ward staff of Freedman’s Hospital. Moved by the plights of numerous unwed teen-agers she assisted there, she began to mentor girls in need. There were no facilities in the area serving black women and girls, and Dr. Whipper began to take individual girls under her wing in her own home and office on Florida Avenue.

Dr. Whipper assisted the girls through their pregnancies and afterwards with infant health care.  She soon enlisted seven women friends among her AME St. Luke’s Church members and together they began to raise money for a home that would shelter unwed pregnant girls.

By 1931, the group purchased 3 ½ acres in Northeast Washington, D.C. which became the first Ionia R. Whipper Home for Unwed Mothers. Notably for that time, the home was open to all regardless of race or religion.  For the next four decades it was the only maternity home for black women in the Washington, D.C. area.  The home currently serves at-risk girls between 12 and 21.

Ionia Rollin Whipper spent the last years of her life residing with her family in Saratoga Springs, N.Y. and at the home of her niece, Lelia Frances Whipper in New York City. She died at Harlem Hospital on April 13, 1953.